* We will not spam you

If you have already registered, please enter your email and password:

If you have already registered, please enter your email and password: 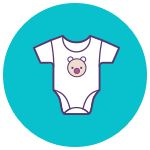 Sorry, only logged in users may search for donors. Please login or register.

A native Los Angelino, Michael attended UCLA Film School graduating cum laude with a B.A. in Motion Picture and Television Production. Over the next 15 years, he went on to launch a successful career in network television, responsible for producing and/or directing over 150 hours of prime-time episodic dramas. His fascination with the intersection of business-building and the creative process led him into the corporate realm where he worked for several years overseeing corporate communications for numerous technology startups in Los Angeles and Vancouver, Canada. In 2015, he entered into a partnership with Kenji Saito to expand J baby into a full-service egg donation agency specializing in the special needs of its Jewish and Asian clientele.

Michael places a high priority on maintaining a mindful balance between careers, family and giving back to the community. For the last three years he has been certified by the California Dept. of Aging as a volunteer HICAP (Health Insurance Counseling and Advocacy Program) Counselor, advocating on behalf of and counseling disabled and senior Medicare beneficiaries on how to effectively navigate their way through the frequently byzantine Medicare system. In 2014, his efforts were recognized by the Center for Health Care Rights with the prestigious Volunteer of the Year Award in Los Angeles County. For Michael, the formation of J baby represents a unique opportunity to combine his love of business with his passion and desire to want to help others for which Michael is both excited and deeply grateful.

Long before Kenji Saito, founder of J baby, received a B.A.in International Business Management from the University in the prefecture of Fukuoka, Japan, he harbored two dreams: to have his own business and to move to America. Early on his mom noticed an uncanny interest as a burgeoning entrepreneur. While others his age were out playing ball there would he be volunteering his time assisting many of the local shopkeepers in the shadow of his mountainside town. Upon graduation, he tested the waters beyond Japan and travelled to Australia and worked for several multi-national corporations designing and implementing marketing strategies which targeted the Japanese and Asian markets.

Raised on a healthy dose of American popular culture, his dream of emigrating to America was never out of sight and in 2000 he relocated to Los Angeles working as a Marketing Research Analyst for a number of Japanese companies based in L.A. But his yearning to run his own business still burned deeply. But what kind of business was to be his calling? The answer revealed itself from an unlikely source when Kenji launched a quest to start his own family. Taking the knowledge learned from this experience, the personal became the professional. In 2012 he started J baby, offering logistical support to Japanese Intended Parents who were seeking IVF treatment options that were not available to them in Japan. In 2015, he expanded J baby with Michael Lacoe into a full-service egg donation agency specializing in Jewish and Asian egg donors. 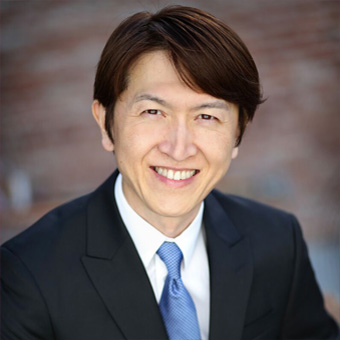